The 2nd day of "Geology and History" was held on November 13, 2019 at the Italian Geographic Society. The event was a great success among the public, becoming an appointment to which many researchers refer.The day was introduced by TV presenter Roberto Giacobbo who highlighted the farsightedness of these interdisciplinary studies at the crossroads of Geology, History, Archeology, Geography etc ... A new way of doing Geological research that will lead to new knowledge.

Several discoveries  have been  the presented by the speakers.  from the new historical and geophysical studies, concerning the Fucino plain and the ancient reclaimed lake at the end of the 1800s which led to the identification of the displacement of the ancient lake's depocentro; to discover the ancient lake of Turn. A historical place where Turnus Erdonio, hero at the time of Servius Tullius, executed in the mirror of water, would have died. The lake was,  in the past, confused with that of Giuturna near Pavona, but thanks to the  collaboration between historians and  geologists it was possible to identify its exact location: in the municipality of Pomezia. As well as the hydrogeological circulation of Rome that it is profoundly changed over time. In Roman times there were many sacred springs (mineralized, thermal, etc.).

In Rome, as in Bracciano, there were other sacred sources now forgotten but which have been sacralized for thousands of years. Numerous lakes have disappeared in the territory of Frosinone, Latina and Veneto as well as in Friuli.

Many extinctions of water mirrors are due to climatic changes that occurred during the Quaternary, but also during the climatic variations that took place over the last 4000 years as evidenced in some astrophysics research.

The third day will take place on January 22nd, and will tackle the theme of the subsoil of the big cities excavated for centuries for various uses.

We will talk about catacombs and hypogea disappeared and never found again, the latest archaeological discoveries in the subsoil and new methods to identify underground cavities under the urban fabric. Examples in Rome, in the Metropolitan City of Naples, in Basilicata and in Calabria. 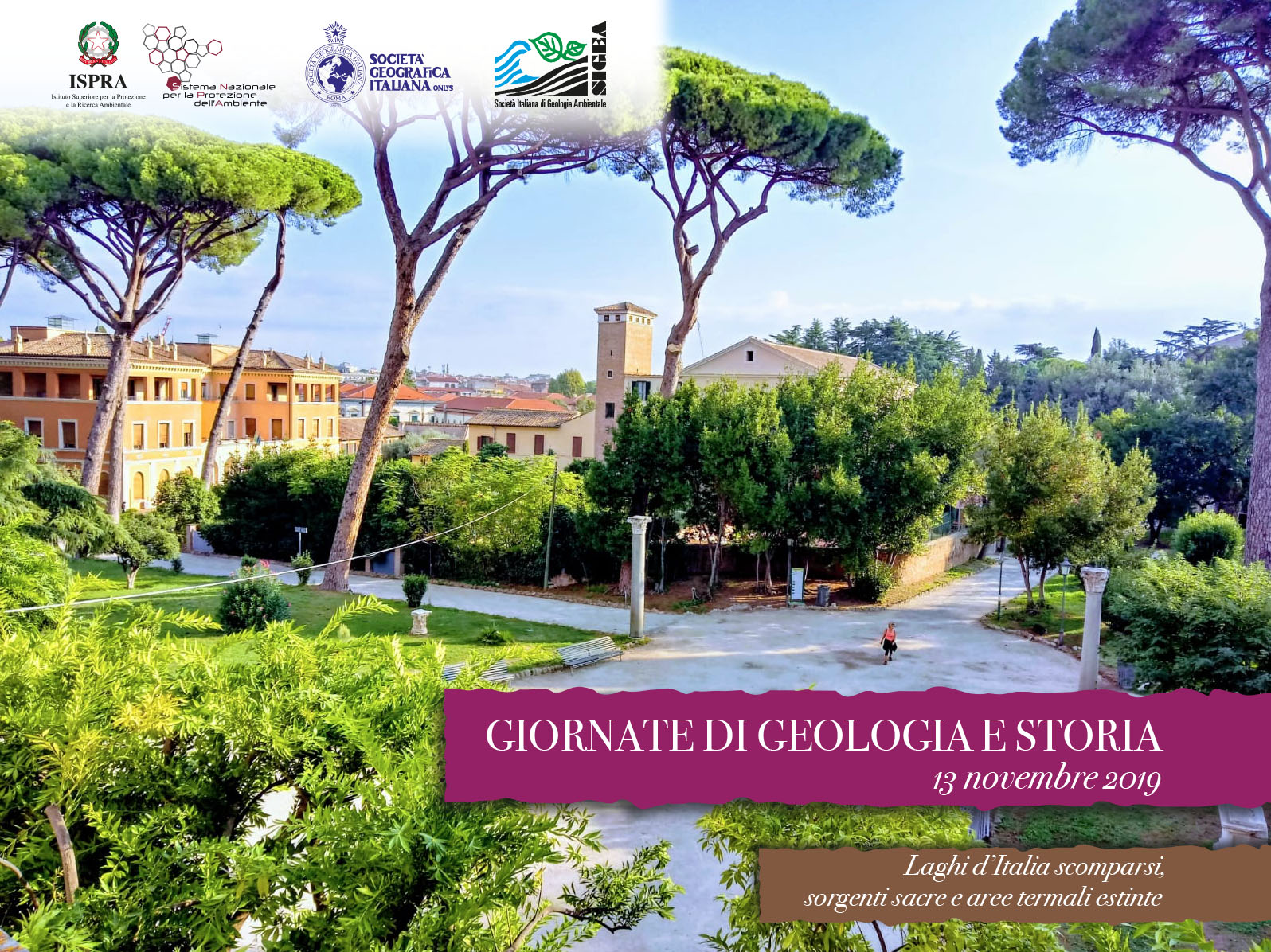