The knowledge of the environment and of its climate change driven variations is the basis of mitigation and adaptation measures to prevent natural hazards. With this aim ISPRA, by means of the Geologic Survey of Italy’s web portal, make available to the public the maps of the “Sea Level Rise of Italian coastal plains for the year 2100”. These maps result from the work of a team made of researchers from many institutes (ENEA, INGV, CNR and Universities of Bari, Bologna, Cagliari, Padova and Trieste) during last 20 years activity (Vector Project, RITMARE Project).

The three scenarios are accessible from the Geomapviewer at the section Natural Hazard and via WMS in any GIS software. The scenarios show the Relative Sea Level Rise as a combination of different effects: the climate change driven long term fluctuations of the sea level (eustatic) and the vertical movements of the earth’s crust (isostasy, tectonic and subsidence). The coastal hazard analysis method is described in this paper (Antonioli et al., 2017) and depicted in the maps of 4 Italian coastal plains (Marsico et al., 2017). Moreover the method has been explained from professor Kurt Lambeck during a seminar at ISPRA. The Italian coastal plain risk analysis by this method is still in progress, hence the online resources will be updated as soon as new results will be achieved, in order to complete the knowledge about Italian coast’s risk.

The availability of geographic data through the Geomapviewer aims at supporting managers, stakeholder and citizens to better understand natural hazard in order to address proper prevention and protection measures of the coast. 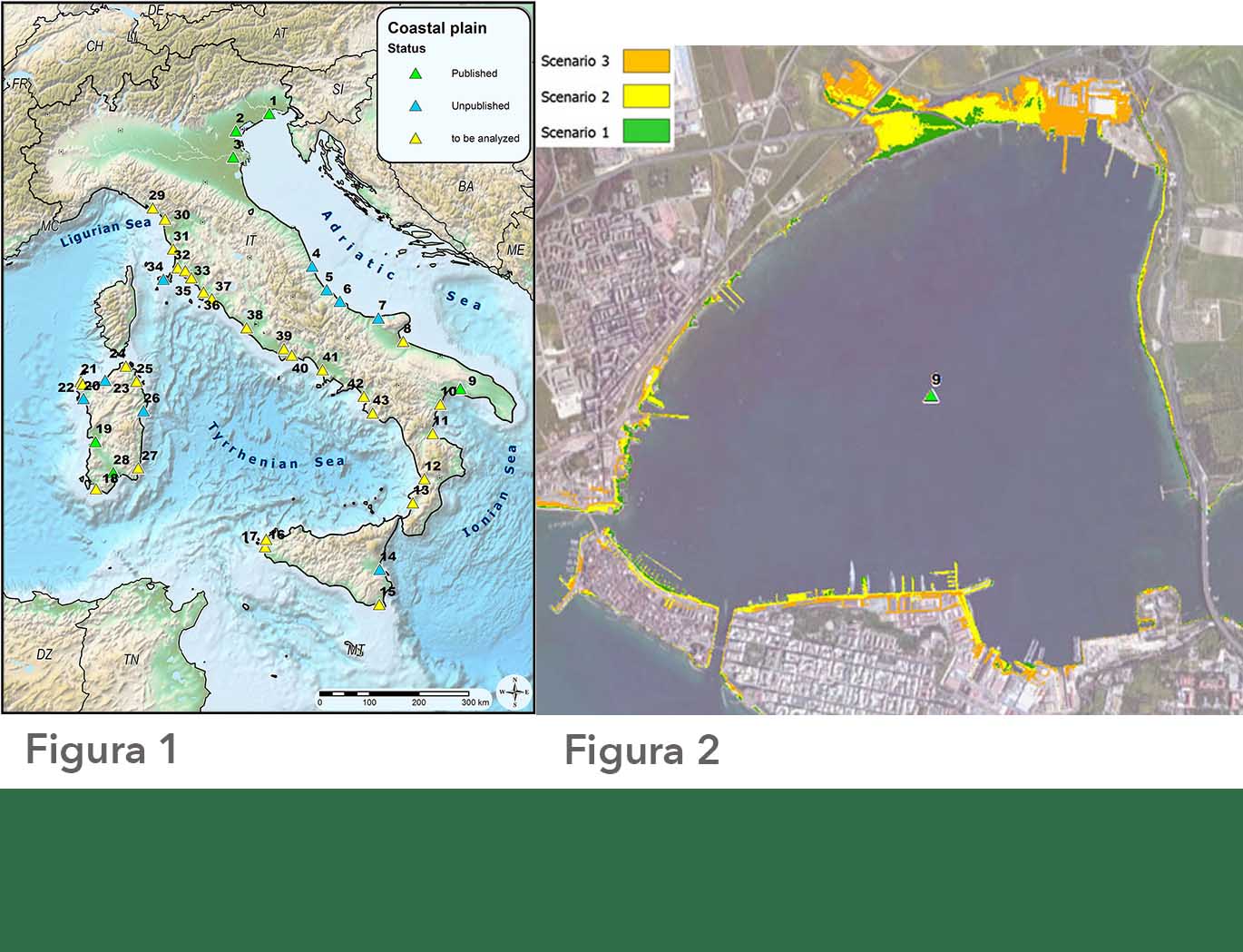