Monti Simbruini: a privileged geological-environmental observatory in the Lazio region

Also this year, as in previous editions, the Department for Geological Survey of Italy, in collaboration with the Department of Monitoring and Protection of the Environment and Biodiversity Conservation, organizes an event for the Planet Earth Week.
The event, which will take place from 18 to 19 October 2019, consists of a "Seminar for the presentation of the Geological Map of the Monti Simbruini Regional Natural Park" and a "Geological-environmental excursion in the area of Filettino (RM)", both realized in the framework of the collaboration relationship ISPRA-PNRMS. The theme of this 7th edition of Planet Earth Week is slow Tourism and the activities proposed are well placed in this topic because it offers a different way of enjoying the territory, allowing the observation of geological, geomorphological, botanical and wildlife in full respect of the places covered. The Planet Earth Week, of which ISPRA is a sponsoring body, aims to promote and disseminate scientific culture. The event was born with the main purpose of discovering and enhancing our geological and natural heritage. The Planet Earth Week wants to spread the respect for the environment, the care for the territory as well as the awareness of the risks to which we are exposed.  The initiative also promotes cultural tourism throughout the whole Italian territory, sensitive to environmental values, highlighting both the most spectacular natural resources, and those less known, but no less fascinating: those that we are lucky, often without knowing it, to have just a few steps from home. The Planet Earth Week wants to make young people passionate about science, in particular Geosciences, and convey the enthusiasm for research and scientific discovery. It wants to make known the possibilities that science offers us to improve quality of life and safety, investing in the environment, energy, climate, food, health, resources and reduction of natural risks. During the Planet Earth Week, Italy opens its doors not only to its geological and natural heritage but also to that complex territory where geologists work every 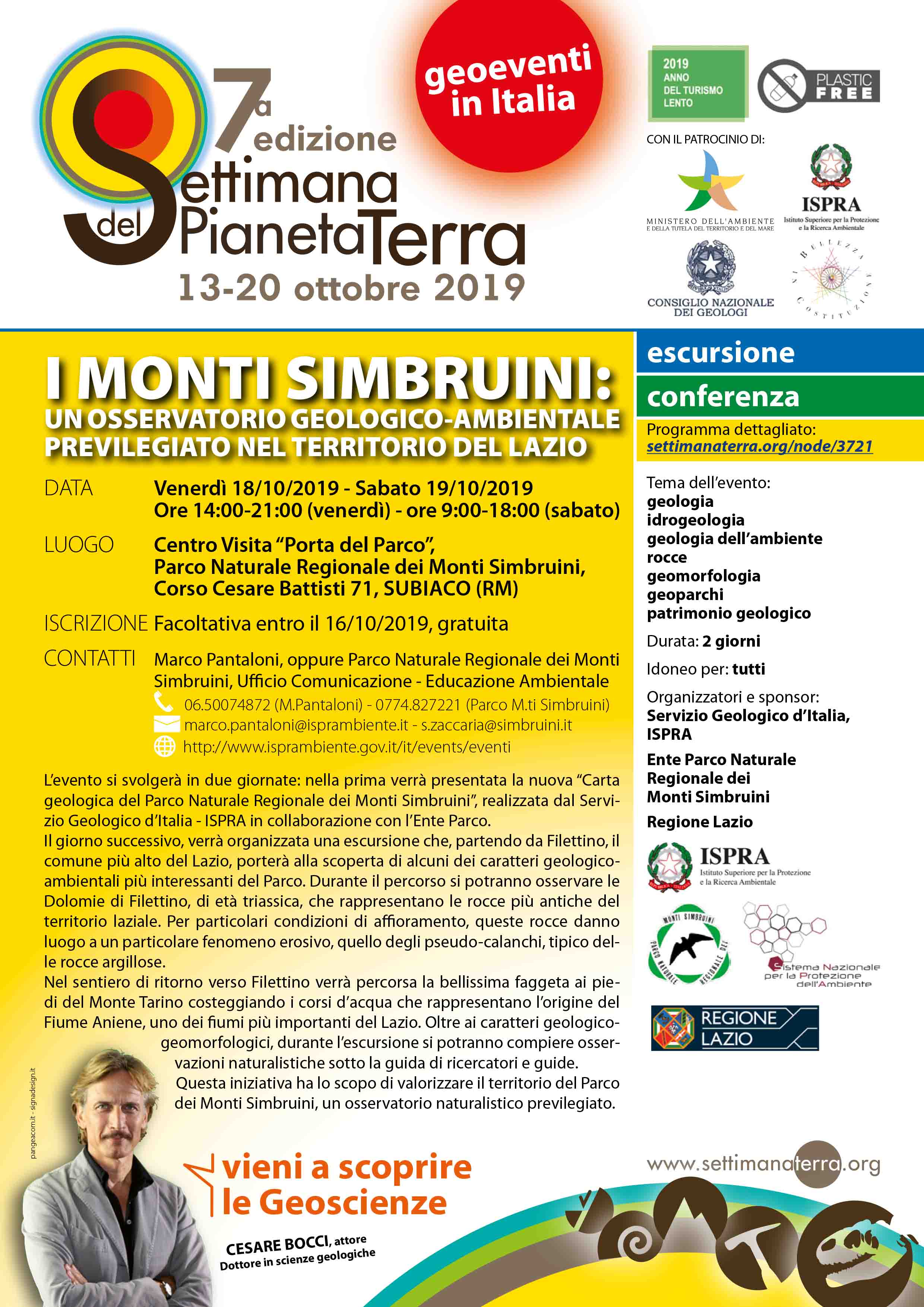